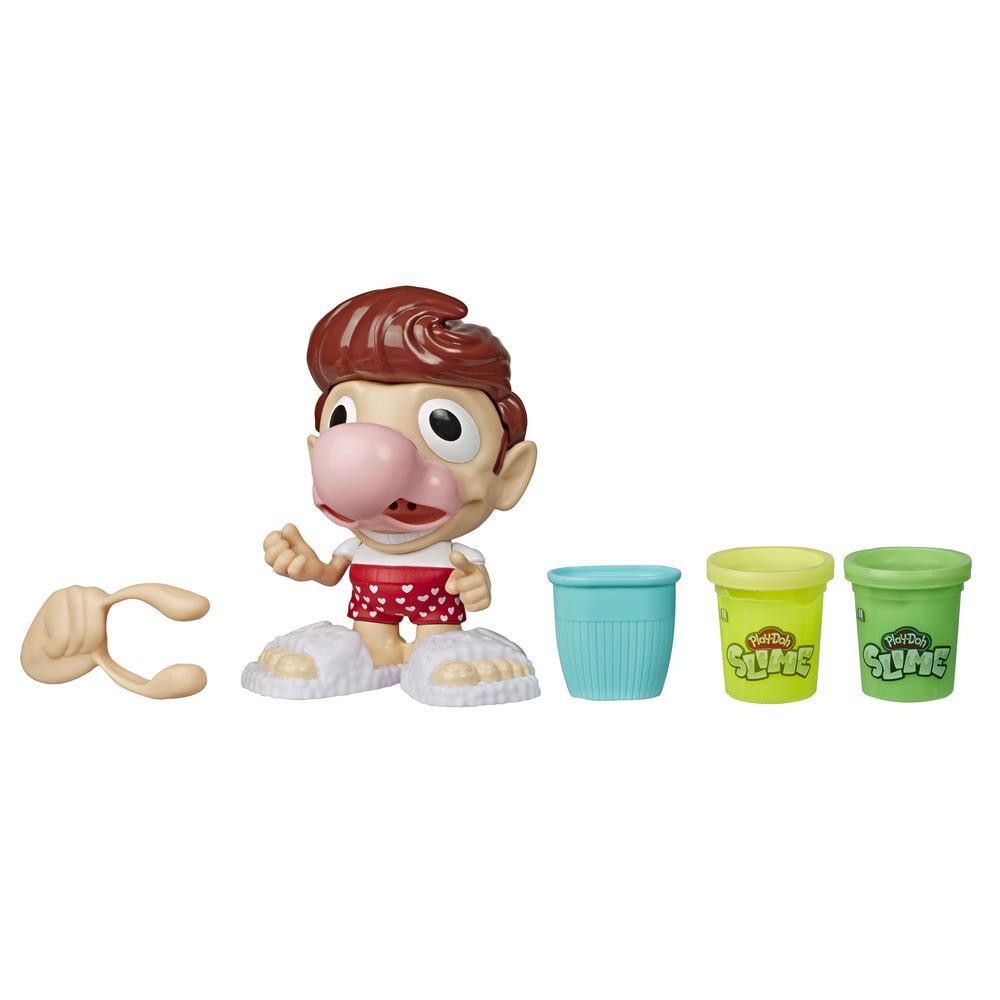 Snot happens! Snotty Scotty is a hilarious Play-Doh Slime toy for kids 3 years and up that inspires them to reimagine the way they play with slime. Just put some Play-Doh Slime into Snotty Scotty's head, press the top of his head, and make ooey gooey slime snot come out! It's also oddly satisfying to squeeze his big, soft, squishy nose to make the booger slime flow. This hilarious toy also comes with a pair of tweezers shaped like fingers to pick his nose, and a wastebasket to help Snotty Scotty clean up after himself. This funny toy is sure to be a top pick for kids birthday gifts or just a laugh-out-loud activity for kids!

Hasbro, Play-Doh, and all related properties are trademarks of Hasbro.

• MEET SNOTTY SCOTTY - Mom always said not to pick your nose, but she never said anything about Snotty Scotty's nose! This funny toy for kids 3 years and up is sure to be a top pick (pun intended).
• SNOT HAPPENS - Put some Play-Doh Slime into the Play-Doh Snotty Scotty playset, then press the top of his head to make silly Play-Doh Slime snot drip from his nose!
• SQUEEZE HIS NOSE - His nose is soft, squishy, and irresistible to squeeze. Pinch his nose to make the Play-Doh Slime snot come out of this silly slime toy.
• PICK HIS NOSE - As gooey slime boogers dribble out of his nose, kids can use the finger tweezers or their own fingers to stretch and pull those snot rockets. Pile it all up in the mini wastebasket!
• 2 PLAY-DOH SLIME CANS - Bring this booger toy to life with the magic of Play-Doh Slime. 2 cans of ooey gooey slime in 2 different shades of green make lots of gross-out silly fun for everyone!

• Ages 3 years and up
• Product and colors will vary.
• Warning: Choking hazard. Small parts. Not for children under 3 years.
• Not intended to be eaten.
• Slime is not moldable.
• Adult assembly required.
• Note: Product may stain. Adult supervision recommended.
• To clean, dampen a cloth with warm water and wipe excess slime to remove.

We’re sorry, but you are not eligible to access this site.