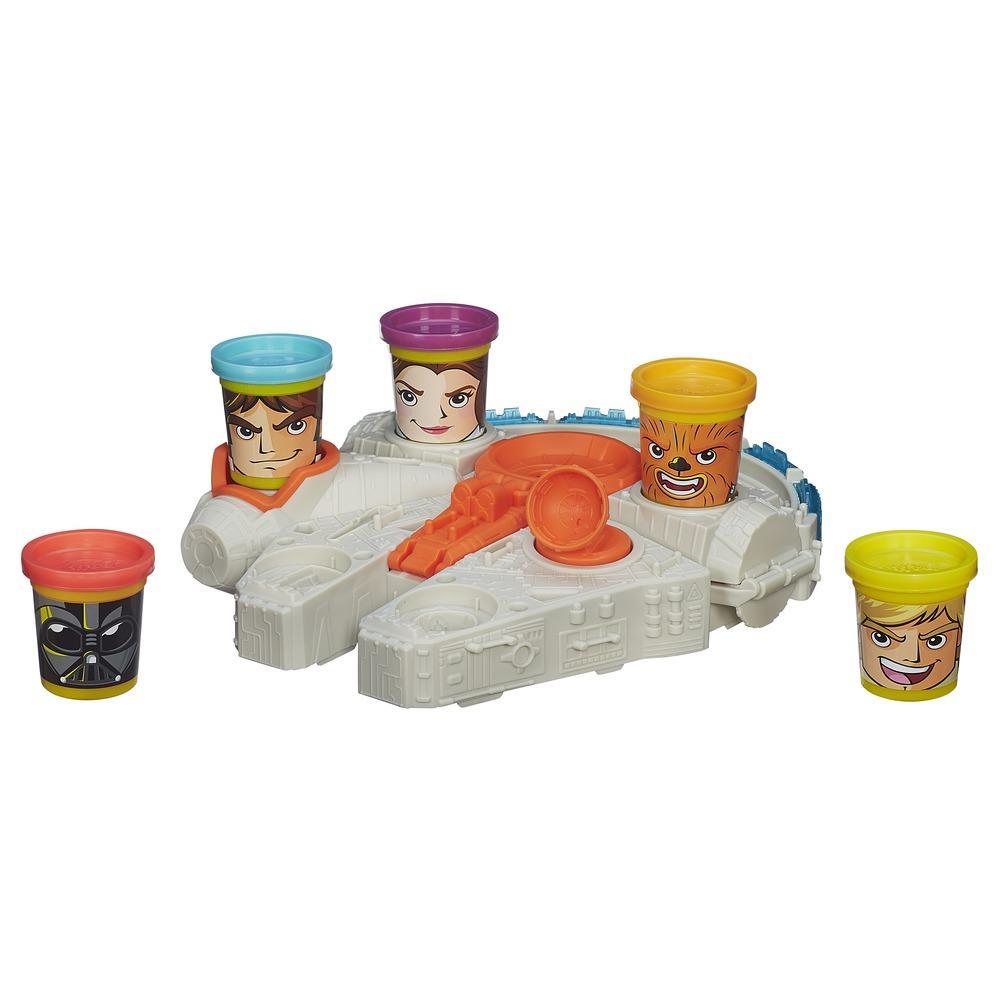 Let your imagination take you on an adventure to a galaxy far, far away! Cans are now part of the action as you re-create your own Play-Doh battles with classic Star Wars characters. Launch into epic galactic adventures with Star Wars Can-Heads and the Millennium Falcon to imagine your own interstellar battle against Darth Vader. Pop Luke Skywalker, Chewbacca, and the rest of this Rebel crew into their can-shaped seats for takeoff. Use the stampers, book-molds, and half-molds to create meteors, X-wing Starfighters, and much more. Place your creations at the back of the ship and press the satellite down to launch them! May the Force be with you!
Hasbro, Play-Doh and all related terms are trademarks of Hasbro.
Includes Millennium Falcon playset with launcher, 5 removable engine stampers, and 5 cans of Play-Doh Brand Modeling Compound.
• Create your own Star Wars adventures with Play-Doh Can-Heads characters
• Features Luke Skywalker, Han Solo, Princess Leia, Chewbacca, and Darth Vader
• Launch Play-Doh creations with the satellite launcher
• Make X-wing Starfighters, TIE fighters, and more with the book-molds
• Each Can-Heads character contains 2 ounces of Play-Doh compound
• Ages 3 and up

you are not eligible to visit the site.